Special-purpose acquisition companies (SPACs) have surpassed traditional initial public offerings (IPOs) in volume this year and some have hailed them as a new asset class that all investors should consider adding to their portfolios. For what purpose? Supposedly they generate superior returns and may also offer diversification benefits relative to other forms of equity.

But are these diversification benefits real or illusory? To find out, we conducted an analysis of the full sample of SPACs that listed starting in November 2020.

SPACs are securities through which investors can aggregate their money in blank-check funds that sit and wait to identify target companies to purchase and take public. This period when the SPAC is assessing potential targets is called its “pre-deal” phase. After a company is targeted and purchased and thus taken public, the “post-deal” phase of the SPAC commences.

To study the SPAC effect on a portfolio, we collected data on all SPACs that have listed since November 2020 and selected the CNBC SPAC 50 to serve as the index representing our diversified portfolio of SPACs. The CNBC SPAC 50 tracks the 50 largest US-based pre-merger blank-check deals by market cap.

For the post-deal phase of the SPAC, we used the CNBC post-deal SPAC 50, which is composed of SPACs that have found a target and gone public.

So how have SPACs fared pre- and post-deal and against the S&P 500, the Dow Jones Industrial Average, the NASDAQ Composite, the Russell 2000, and the tech exchange-traded fund (ETF) SPDR XLK?

Both SPAC indexes exhibited more volatility than all the other major indexes. The volatility and performance variability is reflected in the individual SPACs within these indexes.

Among the returns of the post-deal SPACs, there is considerable dispersion. The bottom quartile of fund performance averaged -30%, while the top quartile averaged 81%.

But what about SPACs’ diversification benefits? How do the SPAC 50 indexes correlate with all the major equity indexes?

These correlation coefficients are pretty high across the board. Indeed, they are much higher than those between equity and bond indexes over the same time period. The SPAC 50 Index had a 0.068 correlation with the Vanguard Total Bond Index, compared to the 0.112 correlation the S&P 500 had with the bond index.

The claim that SPACs constitute an uncorrelated asset class relative to public equities is very much unsubstantiated. Even in their pre-deal phase, SPACs have a weak positive correlation with equities. This implies that they may offer some diversification benefits, but nowhere near those of the standard total bond index.

So if the goal is portfolio diversification, SPACs don’t look like the best option.

Derek Horstmeyer is an associate professor at George Mason University School of Business, specializing in exchange-traded fund (ETF) and mutual fund performance. He currently serves as Director of the new Financial Planning and Wealth Management major at George Mason and founded the first student-managed investment fund at GMU. 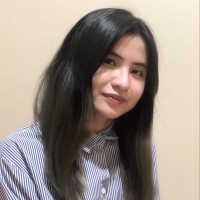 Hoai Thuong Nguyen is currently in her final semester at George Mason University. She is a member of the Student Managed Investment Fund, and is poised to graduate soon. She will be attending the University of Windsor’s master’s in finance and accounting program next fall. Her focus is on environmental, social, and governance (ESG) investing and securing a position in the accounting industry. 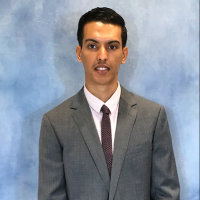 Abdallahi Ely Telmoudy is a current senior at George Mason University, in his final semester and determined to graduate among the best in his class. He will start his master’s degree in global finance at Fordham university next fall. He is interested in global finance, global leadership, and international development and aims to secure a financial analyst position in an international corporation.

Now listen up and listen good

Invest or save for education? Do both!