On-Demand Pay: Is It Here to Stay?

Millions around the globe depend on regular salaries and plan their budgets based on paydays. But the lockdown has made personal budgeting much more challenging. Many workers have lost their job and many others are now working remotely. Compounding near universal worries about future and immediate financial security are the added stress and logistical challenges of working from home.

Amid such unpredicted emergency, timely salary payments have grown ever more important and an increasing number of workers in need of cash have come to rely on Employer Salary Advance Schemes (ESAS), also known as on-demand pay. In the blink of an eye, ESAS have grown quite popular for workers in both the United Kingdom and the United States who are looking to stay financially afloat between paydays.

ESAS give workers early access to up to half of their salary, usually for a fee. The key benefit of on-demand pay in contrast with salary-based lending or payday loans is that the worker does not have to borrow any money. Additionally, ESAS usually cost less than traditional loans and thus may be a cheaper and less risky way to receive cash faster.

According to recent EY research, 80% of survey respondents indicated they would use a form of on-demand pay. Their motives run the gamut. Some see ESAS as a way to cover the cost of emergencies or to facilitate better budgeting and more saving.

From an employer perspective, ESAS could help improve organizational wellbeing by strengthening employee finances. Indeed, on-demand pay is becoming a permanent feature of many employee benefit packages, particularly in the United States and United Kingdom.

In most cases, ESAS providers charge employees directly, thus making the service free or nearly free for employers. Several companies, including InstaPay and Flexwage, have implemented mixed models in which fees are split between employer and employees. And Earnd offers on-demand pay solutions free to workers.

So how has the COVID-19 pandemic propelled growth in the ESAS space?

In the early days of the coronavirus-related economic dislocation, demand for ESAS solutions skyrocketed. For example, the US provider Earnin reported more than 5 million downloads in the Google Play app store in April 2020. The cash advance app Dave saw its number of monthly active users soar by 44% in March 2020, and in April 2020, the app was downloaded more than a million times.

The surging growth of on-demand pay in the months since is a direct reflection of the urgency and opportunity of meeting the financial needs of the so called non-prime market. This segment’s wants tend to be more liquidity-focused, with an emphasis on overdraft protection and on-demand pay, as opposed to the prime market where the search for yield through high-yield savings accounts, robo advisers, and the like is more front of mind.

Targeting the public, health care, and education sectors is another recent trend for ESAS providers. For example, Wagestream, Salary Finance and Earnd have been actively collaborating with the National Health Service (NHS) in the United Kingdom. What makes the public sector so appealing is that it is a key access point for millions of workers. In the United Kingdom and the United States, for example, the public sector accounts for around 25 million total employees. To compete effectively in this sector, ESAS providers are shifting towards freemium or employer-fee models as a means of acquiring a larger customer base and compensating for fees through supplementary services.

Further development of ESAS solutions will depend on regulatory environments, consumer adoption, and employer policies. Nevertheless, there are indications on-demand pay may eventually become an integral part of our daily lives. Already one in four payroll professionals believe on-demand pay is an essential part of improving the overall employee experience.

To be sure, ESAS also comes with inherent risks that may limit its widespread acceptance. In particular, the Financial Conduct Authority (FCA) highlights lack of credit regulation, low cost transparency, and the “vicious circle” of dependency on such schemes as the main risks. Even though ESAS is positioned as a cheaper alternative to payday loans, regular usage may grow costly over time.

To mitigate the potential risks and to protect ESAS consumers from inadvertently falling into a cycle of endless debt, the FCA recommends increased transparency, active monitoring, and keeping users informed and up-to-date on their financial situations. 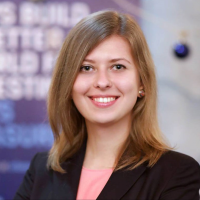 Nataliia Pelykh, CFA, has built a distinctive background on the edge of finance and technology. Currently, she is a lead business analyst at Ciklum, a global digital solutions company serving Fortune 500 companies and other fast-growing organizations around the world. She was previously a business analyst at SoftServe, a technology company specializing in consultancy services and software development. The main focus of her work has been large fintech projects for global companies in Europe and the United States. Before entering the digital industry, she was a valuation and business modeling analyst at EY. Nataliia is an active CFA Society member and speaker.

Wealth Management in the Algocen Era: A Speculative Future

What are the benefits of Web3 ownership?

The Violence of Re-Rating – The Reformed Broker